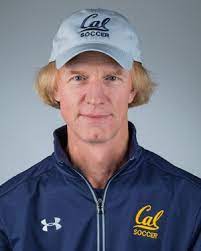 Henry brings a wealth of experience to Mustang Soccer after coaching at UC Berkeley for over 20 years, working in the San Jose Earthquakes Academy and U.S. Men’s National Team program.

Henry was previously a club goalkeeper coach at DVSC and Diablo FC, where,  under his guidance, many players went on to Division 1 colleges and national championships before becoming professionals.

A three-time All-Pacific Conference selection at Cal, Henry ranks third in Golden Bears' history with a career 0.90 goals-against average and is tied for fourth in career shutouts with 20. The Walnut Creek resident also ranks among Cal’s best keepers in a season with a 0.74 GAA in 1981 (fourth) and eight shutouts in 1981 and '83 (fourth).

“As the former director of the San Jose Earthquakes youth academy, I had the fortune of watching Henry create professional goalkeepers through his unique and effective training style,” said Fred Wilson, Mustang Executive Director. “We look forward to having Henry bring that same expertise to the boys goalkeeping program at Mustang.”

Henry was a member of the 1980 U.S. Olympic soccer team, which did not compete in Moscow due to the U.S. boycott of the Games. After graduating from Cal in 1984, he had an extensive professional playing career, including with the NASL's Los Angeles Aztecs and ASL's Sacramento Gold. Henry competed internationally in Switzerland and Germany.

Raised in Europe, Henry has several years of coaching experience in the Bay Area. He coached the De La Salle High varsity team for two years, and has spent the last 5 1/2 years as coach of the Diablo Futbol Club, formerly the Diablo Valley Soccer Club.